Celestial-G3 was built in Queensland Australia by Tim Weston a marine engineer in 1997, she is built from Strip Western Red Cedar and West System Epoxy. Tim owned her for around 4 years sailing her through the Pacific Ocean and then on return to Australia Tim sold her to another Queensland couple John & Maria, originally named Tokyo Express John & Maria renamed her Seehund, this was John's nick name as a young boy, in German this means Seal. At 70 years old now John still answers to that. Celestial as she is now named has found her way down the east coast of Australia to Geelong, we are currently undertaking a major refit before heading back up north for a live aboard lifestyle of work and play, well thats the plan :0) See below for links to the projects Images and progress there's a lot to do so we had better get cracking. 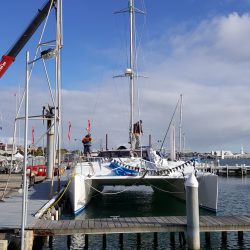 Update on the RIG

Check out the photos here.Whilst the weather has not been favourable here in good old G Town I have been fitting up the new antennas to the mast head and replacing all the cables and halyards, its finished now and ready to go back on the Grainger, just need a day where it’s not blowing Read more about Update on the RIG[…]

You wouldn’t believe it, we met the original builder of Tokyo Express Tim Weston, he happens to be living in Geelong, came down for a twilight sail and couldn’t believe his eyes, we caught up a few weeks ago and had a great chat about the boat, Tim has since sent me a great deal Read more about Meet the Builder[…] 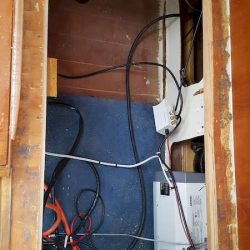 Yep thats right today we cut a big hole in the nav station floor, main reason is that we could not get to anything, you would have to slide a massive 270 ah battery from a tiny door just to get to the Xantrax charger, now we can get to every thing and also fit Read more about Hole In Nav-Station Floor[…] 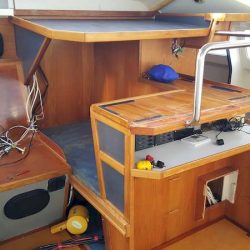 Well we have made a start on the nav station old unit has been pulled out and templates made just waiting for the master tradesman :0) to do the main bit of fabricating the Ash hard wood nav console, apparently you cannot rush quality, especially when the surfs up. 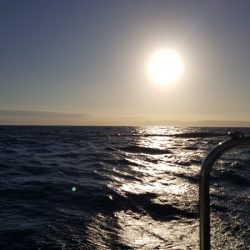 Well we managed to get her down the East Coast of Australia from Southport to Geelong trip of around 600 nm, it took the crew and I just 6 days with a very pleasant stop over in Bermagui for the night, we had some awesome weather and really enjoyed the trip. Thanks to the two Read more about The first post[…]